A portable high-resolution timestamp in C++

Update: I’ve read a lot of comments on HN about the fragility of timestamps for a distributed database. It seems this post doesn’t stress this point enough: we don’t use raw timestamps but a combination of the timestamp, the node id and other specific information. The purpose of the timestamp is to order requests. Should you wish to know more, you can read examples and explanations in Principles of Distributed Database Systems .

I was very happy with the audience in Aspen, Colorado for my Multiplatform C++ talk. I received a lot of great feedback and this gave me tons of ideas on how to improve the talk for next time. It also gave me food for thought regarding quasardb and the way we handle errors.

At some point during the presentation we had short exchanges about the relative precision of time functions and how difficult it can be to use the right function. In this blog post, I would like to dig into that topic further.

To function properly, quasardb needs a high resolution timestamp to uniquely identify every request made. This timestamp needs to have four very important properties:

To provide a more concrete example, it means that in the following case:

b must be greater than a, even (especially) on optimized code.

You could “just” use an atomic counter (or something clever based on the TLS), add a thread id and a server id… problem solved! The only problem is how do you synchronize the value between servers without introducing a lock?

I know what you’re thinking. You think you have a good idea and you could “make it work”, but I’ll share a secret with you: you won’t.

Easy: use something already shared. Something like, I don’t know, time. Assuming servers are kept synchronized enough (the enough depending on your application), you may just solve the problem by acquiring time precisely enough. (In our case, we have some additional homework to make it work on several nodes that is well beyond the scope of this post.)

The beauty of this is that with a precise enough timer, you also solve the multithreading issue because nothing ever happens at exactly the same time.

Which brings us to the heart of this post: how do you query the time at a very high resolution, in C++, and on multiple platforms?

In this post we will write a function that returns the number of 10/th microseconds (or 100-nanoseconds intervals if you will) since epoch (UTC) for FreeBSD and Windows. This function will be sub-microsecond-precise which is enough to prevent collisions.

We could try to reach higher precisions, but this would come at the cost of precious bits in our 64-bit timestamps. With 100-nanoseconds interval, we can represent time for ten thousands of years.

No problem right? Because with C++11 we have everything we need:

On FreeBSD, this will work pretty well, because most implementations use gettimeofday, and although the man page says “The resolution of the system clock is hardware dependent” it is generally very precise. The real problem is that the function is affected by discontinuous jumps (for example: a manual time adjustment) and may be updated in ticks. Oh and it’s not actually very precise.

Did I say it will work pretty well on FreeBSD? Well in fact it doesn’t.

As for the Windows implementation, it will most likely use GetSystemTimeAsFileTime which has a resolution of a couple of milliseconds on Windows XP which is just 10,000 times lower than what we need. No problem, right? And even on Windows 7 (or Windows 8 for that matter), the function being updated in ticks, two successive calls tend to return the same value.

It looks like we’ve reached the Niebler’s point where we have to rewrite everything ourselves. 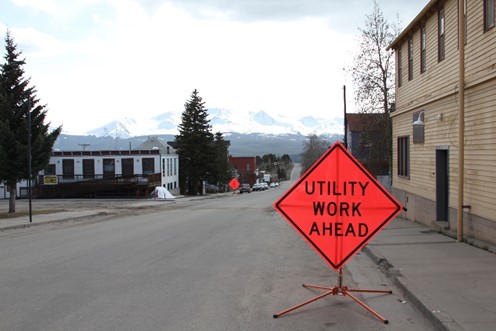 Shall we use the rdtsc instruction?

There is a user-mode accessible instruction, rdtsc (read timestamp counter), which looks like what we need. On Intel, the behavior is reliable as stated in the documentation:

Unfortunately on AMD we do not always have this guarantee. And if your software need to run on something else than Intel-compatible chip, or an Intel compatible chip that doesn’t support the rdtsc instruction, you’re out of luck.

Nevertheless, for the purpose of this blog post, I will show you the arithmetic code that is common to all platforms:

At initialization we get a “time zero” which we will use to return the number of 100-nanoseconds interval since epoch. Right after, we acquire a timestamp offset. That means that future timestamp acquired will give be reduced to a delta to this offset, offset very close to our “time zero”. There is an imprecision within the range of 100 microseconds relative to the “true” epoch time, but we care more about the relative precision than the absolute precision.

Two remote servers exchanging information will anyway hardly be time synchronized at a microsecond precision, we can therefore work very well with a 100-microseconds imprecision relative to epoch for inter-server reconciliations.

For each platform we can see that we need three functions:

We’ll start with the Windows implementation because this is my blog and I’m in charge, thank you very much.

We want our Windows implementation to work on Windows XP SP3. Without that constraint, you could be tempted by GetTickCount64 but know that it isn’t precise enough. GetSystemTimePreciseAsFileTime is the function you are looking for, but it requires Windows 8 or later.

The function you are looking for is QueryPerformanceCounter (which calls rdtsc, just so you know).

However the function returns a value unrelated to the number of microseconds since epoch. We will have to do some very advanced mathematics such as subtractions and divisions to solve that problem.

Getting the zero time

When your application starts up, you will query the counter and the time in order to “anchor” your counter to a time reference. Successive calls will compute the offset to that point to return the number of microseconds elapsed since epoch.

That means you will need to query the counter frequency (with QueryPerformanceFrequency) and use a precise enough time query function for the anchor. Because you (rightfully) don’t trust the precision of std::chrono (or boost::chrono), you will write your own function:

### The timestamp and update frequency

The timestamp is a request to QueryPerformanceCounter:

The problem with QueryPerformanceCounter is that on certain systems the call may have poor performances because of the underlying synchronizations and adjustments required by the operating system (in other words, it won’t be a simple call to rdtsc). There is not much you can do about it, the only relief is that those systems tend to be uncommon.

Getting the frequency is very straightforward:

If you search the Internet for information related to high-resolution timestamps on Windows, you will find that the update frequency may change with the processor frequency (or for other reasons). This is incorrect and is a confusion with the behavior of rdtsc on AMD K8 architectures. Microsoft guarantees that the frequency update returned by QueryPerformanceFrequency is fixed at boot time and is consistent across all processors.

Getting the frequency once is therefore not only correct, but much more efficient.

Another invalid piece of information you can find about this function is that you can use it to get the processor frequency.

As the Intel documentation clearly states:

Notwithstanding the fact that the implementation of the performance counter is absolutely not guaranteed.

Assembling all the pieces together

By the power of C++ templates:

You now have a working high-resolution Windows timestamp. Shall we do the FreeBSD implementation?

The clockgettime() function is what we need. If you’re in a hurry, you can use the CLOCKREALTIME_PRECISE id which will return the local time. If you want something with stronger guarantees, you need to “translate” the Windows code.

First things first, let’s do the “zero” time function with the help of clockgettime, with the CLOCKREALTIME_PRECISE parameter:

And this is how you get a precise, monotonic timestamp with an arbitrary reference in time:

Once again, our good friend rdtsc is taking care of everything for us (on IA32 and AMD64, that is).

In C++ 14 the above code will be much easier to read thanks to digits separators.

Did I contradict myself in just two paragraphs?

The FreeBSD implementation is POSIX compatible. But as I said in my Multiplatform C++ talk, you often have surprises when attempting to support multiple UNIXes, and this is no exception.

To make the FreeBSD implementation work on Linux, you have to replace CLOCKMONOTONICPRECISE with CLOCK_MONOTONIC.

We can consider we have a sort of uncertainty principle that prevents us to be very precise and very fast. Fortunately for us, with the right feature set from the processor, we can get both excellent precision and decent performance. This is not a hard task. Nothing we’ve done above requires more than reading the documentation carefully.

Attention to details like this is what makes the difference between working and rock-solid software. #frencharrogance 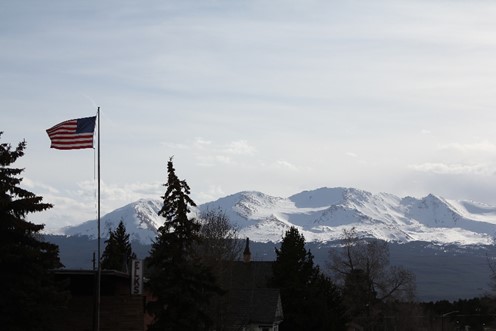